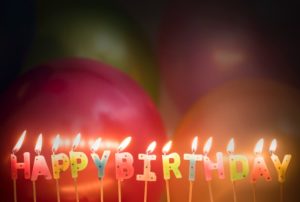 Next time friends sing you the birthday song, don’t stress. Age is just a number.

Andrew Scott, economics professor at the London Business School, says 75 is the new 65. It’s an adage we’ve heard for a while now. That’s because our chronological age doesn’t add up to our living age—how we feel and think in our bodies as we get older.

Scott, who co-wrote the book, The 100-Year Life: Living and Working in an Age of Longevity, says aging isn’t defined the same way it has for hundreds of years in a recent Next Avenue article.

Typically, old age is linked to physical decline or psychology of the person. In fact, more than 200 years ago, the government began recording births and dividing groups for education based on age. Retirement age, typically around 70 years old, was born as a result of that system.

Aging is now at a crossroads. Society’s number of older people is on the rise compared to other subgroups. The average age of the US population has increased from 32 to 38 years old. Life expectancy has grown by 10 years per generation and the mortality rate has dropped by 13 percent. That means a 75-year old has the same mortality rate as someone 65 would have in 1950.

As we rethink aging, Scott says Stanford Center on Longevity’s Laura Carstensen’s socio-emotional selectivity theory is a good place to start. The theory suggests that as we get older our horizons focus on what is most meaningful: on relationships and how we spend our time left.

First, it’s blowing out the old stereotypes based on age discrimination and limitations.

Our biological sense of age doesn’t always equate to our actual turns around the sun. It means we are living longer and younger and able to recreate ourselves throughout our lives many times over. It provides time to deal with regrets, mistakes or misfortunes and replace them with discovery and new opportunities as we enter into our 60s, 70s and beyond.

What age do you “feel”? Let us know on Facebook!