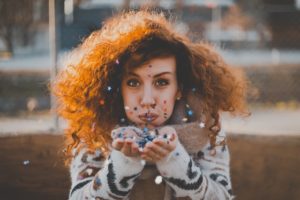 People are living longer than ever before.  It’s something we all hear all the time.  It’s constantly in the news, on social media, and part of many advisor-client conversations. Unfortunately, most people have no idea what it really means.

This is evident when you talk to baby boomers about their retirement plans.  On many occasions, when I tell clients we should plan for them to reach age 95 or 100, many grimace and say something like, “If I make it past 85 or 90 just take me outback and shoot me.”  It’s a very common cliché in the retirement planning world and points to a major misconception.

Many people assume that living longer, means that they will be less capable for a longer period of time.  I call it assembly line thinking.  They tack extra years onto the end of the conveyor belt of life rather than on the front end of retirement.  As a result, they assume that instead of spending 5 or 7 years in less capable situation, they will be spending 10-15 years wandering nursing home hallways.

It’s a more useful and concrete way of saying 60 is the new 40 or that 70 is the new 50 because it opens up the door for those at or near retirement age to continue what they are doing, or venture down a new path.  It helps break the stigma of traditional retirement age and can serve as a major step for addressing ageism in society and the workplace.

The idea that it is taking longer for people to feel old can be refreshing on the surface, but right now it’s very confusing for many people, and happens to be one of the primary reasons that baby boomers absolutely hate the term retirement.

They’re frustrated because as they creep up on 59½, 62, 65 or 70 they don’t feel old or like they are ready to step down, step aside, or be put out to pasture.  In fact, many are feeling better than ever before and are looking for ways to be and do more.  But guess what?  Not all of society is in sync with boomers as they deal with this. The stigma remains that people are eligible for old-age benefits and old-age insurance at age 62 and 65.

We have all been programmed to think that once you get there, it’s time to hang it all up for golf and grand kids.  And if you don’t there will be consequences. People will not only think you didn’t save enough, don’t want to spend more time with a spouse or family or maybe that you don’t have a life outside of work.

It’s a difficult situation with layers and feelings that aren’t easy to explain.  What would you do if you felt more capable, knowledgeable, and motivated than ever before, but people dismissed you or down played you because of your age, hair color, or years of experience?

What we need to do is break the stigma associated with age and retirement. We have to establish a new way of thinking that when people reach age 62, 65, or 70, it’s time to change gears, not necessarily stop them.

It’s one reason why I suggest we replace the term retirement with a plural version, retirements.  As people reach this stage and seek out more education, a new business opportunity, or career choice, they will be able to re-invent themselves multiple times and in the process, retire more than once.

Read the entire article by at Robert Laura at Forbes.com.