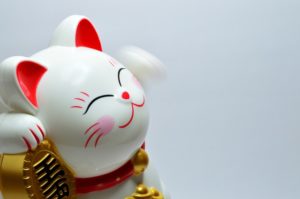 What’s the secret to living to 100? Some say it’s ensuring plenty of exercise; others point to the benefits of a mild climate. There are even some who suggest that a healthy sex life has plenty do with it.

The number of people who live to 100 may be relatively small, but it’s becoming more common — particularly in countries like Japan, which has the highest proportion of centenarians in the world.

Data from Japan’s Ministry of Health estimate that there were 67,824 Japanese people 100 or older as of 2017. In 1965, when the country began recording statistics on its senior citizens, there were just 153 centenarians.

As a result, policymakers in Japan have begun to look at how to cater to those who make it to the 100 club — and what they find could be of use to the rest of the world in the years to come.

WATCH: THE LIES BEHIND “ANTI-AGING”

Over the past year, Japanese Prime Minister Shinzo Abe has led a series of meetings at the Council for Designing 100-year Life Society, an expert group set up to prepare for a rise in the number of centenarians.

The committee has analyzed issues as diverse as reforming social security policy, reappraising what it means to be elderly and diversifying corporate hiring practices.

But it’s not just more centenarians the country is having to prepare for.

Challenges Of An Aging Population

Twenty-seven percent of Japan’s population is 65 or older, according to World Bank data. In 1990, that figure was as low as 11%.

While living longer is usually a positive, it inevitably creates a number of practical challenges, such as the burden on the state to provide services, pensions and care for an increased number of elderly people. In Japan, this is compounded by a low birth rate, which means there are fewer people of working age to pay for services for the elderly through taxes or work for Japanese companies.

The number of newborns has fallen for 37 consecutive years in Japan, and the Ministry of Health projects that the population will plummet from its current 126.26 million to 86.74 million by 2060.

Among those to attend early meetings of Abe’s council was Lynda Gratton, professor of management practice at London Business School and co-author of the book “The 100-Year Life: Living and Working in an Age of Longevity.”

When addressing this issue of aging populations, she says, it’s important that governments and businesses “tell a story” about how people can begin to live “multistage lives” in which they are able to take career breaks and work longer and across numerous fields. This “narrative” will help signal the challenges ahead and encourage the conversation on what life in aging societies will look like, Gratton adds.

The Japanese government has proposed extending the mandatory retirement age for civil servants from 60 to 65. It has also spoken of encouraging “recurrent education,” helping people retrain throughout their careers, as well as enabling those who want to work into the later years to do so.

Professor Hiroko Akiyama of the University of Tokyo’s Institute of Gerontology believes these are welcome developments but says the pace of change needs to be faster. “Our labor force is shrinking, so we have to take drastic measures now,” she said.

Akiyama points to how job-sharing, flexible working patterns and telecommuting can all play a part in helping more people stay in the workplace longer. The likes of artificial intelligence and robotics, far from reducing job opportunities, can also help seniors work longer by compensating for qualities that people may lose as they get older, such as strength or flexibility, she adds.

Beyond the world of work, health care systems will probably be affected by aging populations and be forced to adapt accordingly. Politics and values could also be begin to change, with elderly people more commonly thought of as more conservative voters.

Yet there could also be opportunity within the challenges of an aging society.

Businesses in Japan have begun to open fitness clubs that cater to the elderly while robot carers have been introduced to nursing homes, high-value devices that could become lucrative exports.

Gratton says Japan is at the forefront of developing robotics and machines that assist the elderly while “over-55s are spending more than anybody else” in the country.

However, she adds that countries globally must also begin to plan for a future in which the traditional three-stage life of study, work and retirement no longer applies.

“People have got to be much more proactive,” she says. As well as planning, saving and staying healthy, they must be “more savvy about what the future is going to be like.”

Rather than thinking about growing ever older, she adds, people should think about being younger for longer.

Read the entire article at CNN.com.