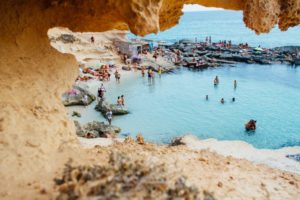 Spain will overtake Japan’s long-held position at the top of the world’s life expectancy table by 2040, while the United States is set to take a big fall in rankings, new research finds.

The United States will take the biggest drop in ranking of all high-income countries, falling from 43rd in 2016 to 64th by 2040, with an average life expectancy of 79.8.

The US will be overtaken by China, which rises 29 places to 39th in the table.

Americans will live only 1.1 years longer on average in 2040 compared to 2016, well below the average global rise of 4.4 years over that same period.

“Whether we see significant progress or stagnation depends on how well or poorly health systems address key health drivers,” said Kyle Foreman, director of data science at the Institute for Health Metrics and Evaluation (IHME) and lead author of the study.

“The future of the world’s health is not pre-ordained, and there is a wide range of plausible trajectories,” said Forman.

The findings add to a study last month which found that adhering to a Mediterranean diet can prolong people’s lives.

Spain is one of several European countries to offer tax-funded healthcare, with their healthcare system ranked as the seventh best in the world by the World Health Organization.

Neighboring Portugal was the biggest riser in the top 20, forecasted to add 3.6 years to its average life expectancy and rising from 23rd to fifth. Italy moved up one spot from seventh to sixth.

The study, published in the journal Lancet on Tuesday, analyzed data from the 2016 Global Burden of Diseases project, to generate predictions from 2017 to 2040.

The impacts of diseases such as diabetes, HIV/AIDS and cancers, as well as risk factors including diet and smoking rates were taken into account by researchers at the IHME.

WATCH: THE COST OF AGING

The factors which caused the most premature mortalities were high blood pressure, high body mass index, high blood sugar, tobacco use and alcohol use, the researchers said.

According to the new research, British people’s average lifespan will be 83.3 years (an increase of 2.5 years), Germans’ will be 83.2 (up by 2.3 years) and an average Australian will live until age 84.1, a rise of 1.6 years which keeps them in the overall top ten.

Syria is forecast to see the largest rise globally, adding more than 10 years to its average lifespan (to 78.6 years) and climbing from 137th to 80th, assuming its devastating civil war comes to an end.

Based on life expectancy forecast for 2040:

The United States will take the biggest drop in ranking of all high-income countries based on the new study predictions and it currently has the lowest life expectancy among high-income countries. Life expectancy in the US has dropped in each of the past two years, according to annual reports by the National Center for Health Statistics, representing the first multi-year drop since 1962 and 1963.

An increase in drug-related deaths is believed to represent one factor in the stalling figures, with accidental drug overdoses causing 63,600 deaths in 2016. Furthermore, obesity in adults is at its highest rate ever in the country, according to the National Center for Health Statistics. Nearly four in every 10 adults and 18.5% of children in the US are obese, according to their research, while further research in February found a sharp increase in obesity rates in American children between the ages of 2 and 5.

To watch the longevity video and read the entire article by Rob Picheta, go to CNN.