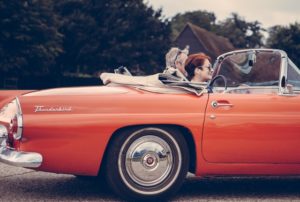 Aging Americans may prove to to be a financial golden egg, not an economic burden.

The “Silver Economy” may be well on its way to generating trillions worth of financial opportunity according to Andy Sieg, head of Merrill Lynch Wealth Management.

“Far from being an economic challenge, our aging population could generate the most significant economic opportunity of our lifetime,” says Sieg.

READ: THE COST OF AGING

His essay in Forbes suggests seniors represent consumer power that could reach $15 trillion by 2020. That estimate includes not only spending by older Americans, but a potential market for products, services and activities aimed at enhancing their lives.

Sieg’s essay includes optimistic outlooks on purchasing power, financial security, and the broader integration of seniors into the workforce as they forgo traditional retirement and remain employed well into their golden years.

READ: THE STUDY, WORK, RETIRE MODEL IS BROKEN AS WE LIVE UNTIL 100

Aging Americans, including 10,000 boomers retiring a day have been thought to represent a major financial hardship on entitlement programs like Medicaid, Medicare and Social Security. But, if Sieg’s rosy forecast proves close to estimates, the Silver Economy could provide a wellspring of incredible fortune for the country.