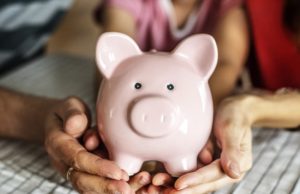 With baby boomers and longer-living seniors, the social security safety net could burst. But, an overhaul in Social Security has the potential to offer long overdue opportunities to one group in particular…women.

In the 1930s, the Social Security Act passed at a time when women stayed at home and men primarily worked. The spousal and survivor benefits were an attempt to provide for wives who had no work histories. Congress last made any major adjustments to Social Security in 1983.

In the past 80 years, fewer women qualify for spousal benefits. Twenty-three percent of Social Security money went to spousal and widow benefits in 1960. Only 11 percent were paid out to them in 2016.

READ: THE GOOD & BAD OF AGING

United States Senator Bob Casey, Democrat of Pennsylvania, wants to put an end to the system that disadvantages women. He introduced legislation to help widows, widowers and divorced spouses qualify for higher payment and receive benefits earlier if disabled.

Today, many women don’t marry or their marriages don’t last the 10-year standard to qualify for benefits. Also, working women don’t receive the same level of benefits because they earn less and many spent uncompensated years as a caregiver for a family member.

Another move in social security is looking to credit those that temporarily leave the workforce. According to a Boston College survey, these types of credits in caregiving are status quo when calculating retirement benefits in other developed countries, like the UK and Germany.

The proposal also seeks to calculate caregiving into a person’s future Social Security benefits. They would be credited with a modest wage for up to five years.

The caregiving work credit would exist for those who provide 80 hours of care a month to a parent, spouse, sibling, child, domestic partner or uncle or aunt.

However, if history repeats itself, it could be some time before any changes are made.

“Any kind of change is going to be painful for someone,” said Richard Johnson of the Urban Institute to the New York Times, “so there’s a big incentive for Congress to kick the can down the road.”

Have you left the workforce to become a caregiver at any point in your career? Let us know on Facebook!