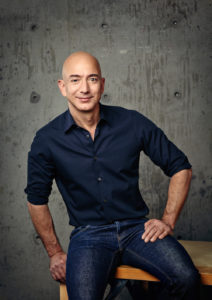 Of the many people currently involved in searching for ways to slow down or delay the effects of growing older, Nathaniel David might actually have a shot.

David is president of Unity Biotechnology, one of a slew of companies taking part in the current zeitgeist of aging research. Founded in 2009 by David and a group of professors in the biological sciences, Unity Biotechnology’s research focuses in particular on senescent cells — older cells that have stopped dividing and appear to be one of the causes of the onset of the diseases associated with aging.

The company, based out of Brisbane, California, has received more than $300 million in funding, including from $85 million raised after going public this past May. Amazon founder Jeff Bezos and PayPal co-founder Peter Thiel are also investors. Today the company’s market cap is $700 million.

A main part of Unity Biotechnology’s work isn’t focused on aging per se, but rather on designing drugs and treatments that can make a person functional and free of the diseases associated with aging for as long as possible. “We don’t need to invoke ideas about aging. We view it through the lens of specific diseases,” David, a molecular and cell biologist, said.

Osteoarthritis is the first disease Unity Biotechnology is tackling, and that one disease represents a huge opportunity: by 2026, the market for osteoarthritis drugs will be $2.6 billion in the U.S. alone. The company is currently in a phase 1, government-approved safety trial with about 40 patients in multiple sites across the U.S. The goal is to show that the drug Unity is developing — what’s called a senolytic agent — can be injected into the knee and tolerated by patients in gradually higher doses. Ultimately, the thinking is that such a drug can destroy senescent cells, effectively halting or reversing osteoarthritis in the knee. In the future the same drug might be effective in treating pain elsewhere in the body.

“Osteoarthritis standard of care begins with ibuprofen, then steroids, and then most people’s standard of care is just accepting it: you’re old, that sucks, and you’re now in pain for the rest of your life,” David said. “But we think there’s a better way, by looking through the lens of biological insight of why those diseases happen in the first place.”

Some of the reason is out of necessity. The U.S. population is aging, and in about 10 years, all the Baby Boomers will be older than 65, according to the U.S. Census Bureau. By 2035, older people will outnumber people under 18 for the first time in American history. Another reason comes straight from Silicon Valley. Over the last decade the titans of the tech industry — including Google and Facebook — have dedicated money toward cutting-edge research focused on curing disease as well as slowing, delaying and, possibly one day, reversing the conditions of old age.

Perhaps the most visible example is Calico, short for the California Life Company, a spin-out from Google launched in 2013 and funded with $1.5 billion to study the causes of aging and what to do about them. “People in Silicon Valley look at problems as solvable, with enough time and enough steps,” said Kevin Perrott, president of the Washington, D.C.-based Global Healthspan Policy Institute. “And, obviously, the size of the return is huge. If you’re able to bring anything like that to the market, you have something that’s universally needed.”

But defining what, precisely, is aging can be a tricky concept. In its simplest form, overall aging can be understood as cellular breakdown over time, which manifests itself in some of the common diseases of old age: diabetes, heart disease, Alzheimer’s, cancer, and so on. Designing a clinical trial around treating aging as a general condition is even more complicated, as most clinical trials approved by the Food and Drug Administration depend on measurable, observable outcomes.

“The study of aging, and the idea that you might be able to treat aging as a condition, is a novel area of research,” said an FDA spokesperson in an email. “A question not yet answered is how many age-related but otherwise independent diseases — coronary artery disease, dementia, sarcopenia, etc. — would need to be improved for us to consider the therapeutic effect an ‘anti-aging effect,’ rather than an effect on specific diseases.”

Unity Biotechnology CEO Keith Leonard said that why people experience aging, and then wrapping it into a product that can fit neatly into an FDA approval path, is still difficult — hence, the company’s approach on designing treatments for individual diseases. “The way we’ve chosen to do it instead is viewing aging through the diseases of aging that doctors know how to treat, and we attack those directly,” he said. “Now we know what kind of clinical trials to perform, with what patients, as well as what to measure and what kind of approval we can expect.”

Studying cellular senescence is just the starting point for some of those clinical trials, including the phase 1 osteoarthritis trial scheduled to last through the first quarter of 2019.

Read the entire article by Andrew Zaleski at CNBC.