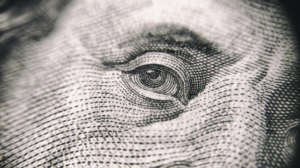 Billionaire Jim Mellon bets that a “stock market mania” will be sparked by technologies that make people live past 100.

Jim Mellon* became a billionaire by pouncing on a wide variety of opportunities, from the dawn of business privatization in Russia to uranium mining in Africa and real estate in Germany. But all of that might eventually look small, he says, compared to the money to be made in the next decade or so from biotechnologies that will increase human longevity well past 100.

The British investor is so enthusiastic about these technologies that he co-authored a 2017 book about them, Juvenescence: Investing in the Age of Longevity, and launched a company, Juvenescence Ltd., to capitalize on them. “Juvenescence” is a real word — it’s the state of being youthful. Says Mellon, who is 61: “I’m hoping that this stuff works on me as well as on my portfolio.”

Juvenescence Ltd., which has raised $62.5 million from Mellon and some partners, has invested in or is close to confirming investments in nine biotech companies. He won’t discuss most of them. But one of the deals was an 11 percent stake in Insilico Medicine, a company applying machine-learning techniques to drug discovery. Insilico Medicine and Mellon’s company also formed a joint venture called Juvenescence AI to investigate the therapeutic properties of specific compounds. Mellon is particularly optimistic that this venture can develop a “senolytic” drug that helps the body clear out cells that have stopped dividing and can damage other cells.

Then last week, Juvenescence Ltd. invested $3 million in LyGenesis, a company with a novel approach to treating liver disease. Instead of making people wait for liver transplants that often don’t happen in time, scientists at LyGenesis hope to inject liver cells into patients’ lymph nodes and grow miniature livers there.

Mellon has lots of competition when it comes to sparking fundamental breakthroughs in human longevity. Alphabet’s Calico Labs has at least $1.5 billion set aside for it. And he acknowledges that this has been the slipperiest quest in human history. “There have been plenty of people in the last 20, 30, 40, 50, 500 years who claimed they had the elixir of youth and eternal life, but all of it was BS,” he says.

This time, it’s for real, he says, based on his extensive conversations with scientists for his books and his investments. He’s on the board of trustees of the Buck Institute for Research on Aging in Novato, California. He also says he has donated money to support a prominent clinical trial of metformin, a diabetes drug that appears to help people live longer. Metformin is cheap, having been around for 60 years, and little money can be made off of it even if the trial is successful, Mellon says. But he thinks it can set the stage for other breakthroughs to come, by proving that “compounds can and will work for extending human life.”

*Jim Mellon is a founder of Culminant Health.