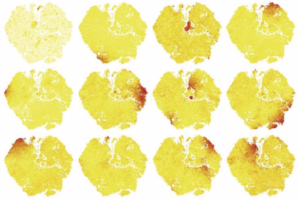 Come to find out, the simple life isn’t so good and complexity is the key to a healthy life.

Why? The simpler the structure, the easier it is for it to break down. To thrive, the body and mind must operate on the ability to change in a complex network of interrelated systems. We are a beautiful, sophisticated machine after all.

Take a look at our bodies. Bone strength is built on a network of connective tissue. Our minds are kept sharp and functioning on an interconnected web of neurons. The heart beats through a system of metabolic controls, signaling pathways and genetic switches and circadian rhythms.

As we age, those elaborate systems lose complexity and become less resistant which could lead to frailty, disease and death.

READ: GENES DO NOT DEFINE US

Bones and arteries are organized like fractals — irregular shapes where any part is alike in shape to the larger or smaller part when magnified or reduced in size. Fractal patterns pop up in breathing rates, blood pressure and brain waves. The patterns don’t follow regular paths, but exhibit variability.

Multi-scale entropy, another measure of complexity, occurs during your heart rate or when your body shifts and balances posture.

Scientists have calculated the changes and measured the patterns during repeated periods of time. Patterns with low likelihood of repetition are simple, but ones with similarities over different times are more complex — like fractals.

Studies have shown that the body’s complexity reduces with age as tissues and organs wear down. They eventually lose their ability to handle stress. Bone tissue becomes thin, disconnects and can lead to a fracture.

The same is true with neural connections in the brain causing Alzheimer’s and Parkinson’s disease. Tiny variations in your heart beat as you get older make it more regular. The simpler the heart beat the higher chance of heart attacks and failure.

Even motor control, cognitive functions and memory are affected.

But there is hope in slowing or reversing the loss of the body’s complexity. For example, resistance training and aerobic exercise have proved to increase heart function complexity.

The Chinese practice of Tai Chi, which blends physical movement with breathing techniques, has improved the complicated system of posture balancing. In a recent study, twelve weeks of Tai Chi improved posture sway in elderly adults even in their 90s. The more fluctuations that occur as you adjust the better the balance, the fewer the poorer balance.

Social interaction with a large and diverse network also improves health and well-being. Those who live a more connected life suffer less depression and recover from heart attacks and stroke better than those who are isolated.

Would you take up Tai Chi? Tell us on Facebook.