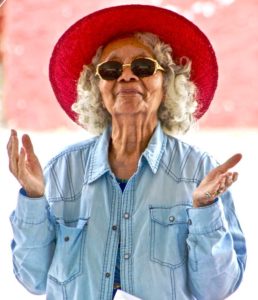 In 2007, Dominic Endicott led his firm, Nauta Capital, to be the first institutional investor in Great Call, the mobile wellness and safety service for seniors. In an example of what’s to come, Best Buy recently purchased Great Call for $800 million.

Fin Tech, the name for the financial technology market, was just entering the economic stage in 2007. Ten-plus years later, it’s a $27 billion market.

Today, Age Tech — the latest catch phrase putting a name to the growing marketplace of technology, aging research and longevity — is the Fin Tech of 2007.

The convergence of digital innovation with the growing aging economy will continue to grow rapidly, Endicott told Tina Woods in a recent Forbes article.

WATCH: THE GOOD & BAD OF AGING

According to AARP, the US aging economy accounts for $7.6 trillion a year. Europe’s is estimated at $4 trillion annually by Oxford Economics.

And, the global gray dollar is growing faster than the overall economy. Older people are the quickest growing demographic with 2.5 percent compared to the entire population growth of .07 percent.

Even government interest is perking up. Japan created the Council for the 100 Year Life and the UK established the Aging Society Industrial Strategy Grand Challenge. Japan, the Netherlands, Scandinavia, UK, Madrid, Paris, Valencia, Boston and the San Francisco Bay Area are among the countries and cities leading the pack in Age Tech development.

Endicott estimates that the top five US companies—Amazon, Apple, Alphabet, Facebook and Microsoft—have a total US Age Tech revenue of $70 billion.

The US aging economy accounts for $7.6 trillion a year.

For example, Amazon purchased PillPack, which delivers all of a person’s medicines in one package, for $1 billion.

GreatCall Rides are a partnership between Lyft and Great Call to provide a safe, accessible ride network for seniors without needing a smart phone or app.

A host of similar types of services could be on the horizon. They could include onsite and remote senior care, new insurance that adjusts to a person’s changes in their risk profile, the transfer of wealth to young relatives tax efficiently, or digital banks for seniors.

Endicott warns that consumer products and services in this marketplace shouldn’t be marketed solely to older people.

They need to be “age agnostic,” ageless and marketed universally. They should be based on a user’s intuitive experience. For instance, the iWatch and iPad are great products for older consumers but are not marketed that way. The same is true for PillPack and the home protection service, Ring.

But it’s not just about products and services. Work is another big space for growth. In the US, more than 60 million people over 50 years old do not work—that is $2 trillion in economic potential. Some companies like Juro and Imployable, are already tapping into this opportunity.

Other new potential markets will grow out of services connected to hearing, sight and mobility issues. Voice-activated AI and cloud technology are a few of the fertile areas. An older person can have highly complex tasks done through simple voice commands, Endicott says.

“Identify a large and poorly served segment of the market, gain a foot-hold by conquering an initial entry point, then pursue a sequence of logarithmic expansions in capitalization and scale,” he says.

What do you think of the Silver Economy’s dollar power? Let us know on Facebook!