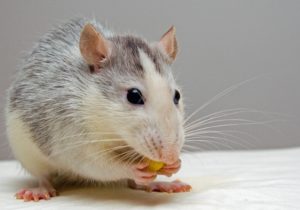 If two recent studies are any indication, cutting back on calories could extend lifespans while shrinking waistlines.

Researchers from Google’s biotech offshoot, Calico, found they were able to extend the lives of lab mice by limiting their caloric intake.

READ: Is Dying of Old Age a Thing of the Past

In a separate study published in Nature, cells in rhesus monkeys looked younger by an average of seven years thanks to calorie-restricted regiments. In both cases, the animals lived longer and healthier on diets maintained during the majority of their lives.

Whether the death-defying benefits of a low-calorie diet translate to humans remains to be seen. Research suggests, however, that our own extended outlook tracks alongside our mammalian cousins. “Caloric restriction is the one intervention that’s been repeatedly demonstrated to extend lifespan across multiple species,” says Calico’s Chief Computing Officer, Daphe Koller.

Read more about it from Business Insider here.