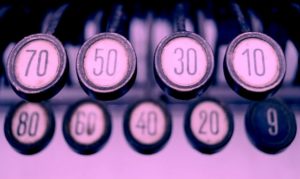 If women and men stick with just five lifestyle changes upon their 50th birthday, they can significantly increase their life expectancy up to ten years, a new study shows.

All of the healthy habits help reduce the risk of dying from the two biggest killers in the US — cardiovascular disease and cancer, the study shows. More than 600,000 people die of heart disease annually, according to the Centers for Disease Control.

In the study released by the journal, Circulation, women who change to healthy habits added 14 years to their life expectancy. Men had similar results, gaining 12.2 years.

More than 122,000 people participated in the study from 1980 to 2014. They measured lifestyle behaviors with premature death data and US death rates.

Only eight percent take advantage of making the few lifestyle changes that offer a big leap in life, said Dr. Meir Stampfer, a professor of epidemiology and nutrition at the Harvard T.H. Chan School of Public Health, who was a co-author of the study.

“The main take-home message is that there are huge gains in health and longevity to be had just by simple changes in our behavior patterns,” he said.

“Obviously, it’s much better to do these healthy behaviors from childhood, really, but if you’re beyond age 50, beyond age 60, beyond age 70; it’s not too late,” he added.

Is five too many? Start with one. Cut out smoking cigarettes. It appears to be the most significant behavior change, says Dr. Douglas Vaughan, department chairman at Northwestern University’s Feinberg School of Medicine, who was not involved in the study. Smoking, experts say, is a factor in heart and lung diseases and diabetes.

If you want that one-two punch, then reducing body mass is the other lifestyle change to try. It reduces your chances of getting diabetes, cancer and obesity-related diseases. Getting weight below a BMI of 30 appears to make a considerable difference, says Dr. Jack Der-Sarkissian, an assistant area medical director of Kaiser Permanente Los Angeles Medical Center.

What habits do you need to change? Let us know in the comments section of Facebook!