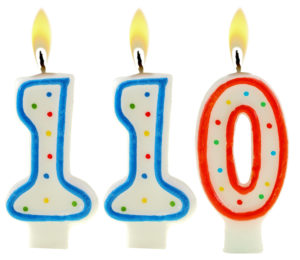 Chocolate, morning walks, raw eggs and not having a husband are just a few of the reasons supercentenarians have offered as their key to living beyond 110 years old.

These super heroes of living longer defy the norm, not only because of the number of birthdays they have celebrated, but because they often don’t have an illness or disability before death. Somehow, they have found their own fountains of youth.

Wouldn’t it be great to find why they live such healthy, long lives?

That’s what sent James Clement, a 61-year-old California scientist, on his mission around the world. He thinks supercentenarian DNA may hold the key.

For the past six years, Clement has collected blood, skin or saliva from supercentenarians in 14 states and seven countries. He’s been advised by the highly-regarded Harvard geneticist, George Church, to uncover the secrets in these genes of the donated DNA stockpile.

The idea is this: if there are unusual patters in the 3 billion pairs of A C G T nucleobases which make up all genomes and it can be proven to prolong their lives, then this could be used to create drugs or gene therapy to help everyone live longer.

READ: WILL GROWING OLD HELP OR HURT US ALL?

Clements is also looking to see if a genetic advantage is inherent in a few DNA variations that could reduce the risk of major disease such as heart disease or Alzheimer’s disease along with the genetic code to prevent people from aging.

Three dozen genomes have been stockpiled from North America, the Carribean and Europe. The DNA sequences stockpile is available, via a the nonprofit Dr. Church assisted in arranging, to any researcher who wants to take a shot at uncovering the mystery. Since the usefulness of such a small group for study is unknown, the crowdsourcing is an effort to increase the likelihood of finding results.

“This is what we call an ‘extreme phenotype,’” Dr. Church, told The New York Times. “The farther out you go on the bell curve, the more likely you are to find something, even with a small sample size.”