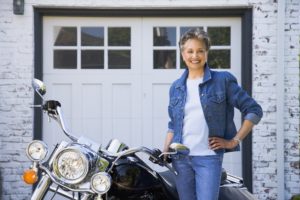 Frank Sinatra maybe be right; good things may come if you are young at heart.

Harvard professor and psychologist Ellen Langer set out to test the theory: if the mind thinks it’s younger, will the body will become younger?

In 1979, she and a group of students fixed up an old monastery in Peterborough, New Hampshire to find out.

A group of men in their late 70s and 80s spent a week there. The test group was asked to live as if they were in 1959 — watching decades-old shows and movies on black and white TV sets, listening to music from the yesteryears and discussing political events and popular culture of 1959. A week later, the sensory immersion showed signs of improved memory, vision, and even physical strength. The control group, which had been asked to “reminisce about 1959,” not “live as it were 1959” had no changes. Remarkably, the men in the “live as it were 1959” group even looked younger after the week-long retreat.

Researchers and scientists have long searched for accurate indicators of aging. Chronological age, our age from birth, isn’t always a good measure. Biological age, the physical development and decline of the body, provides signs to determine disease and death.

A geneticist at UCLA, Steve Horvath, looked for biomarkers and chose to take a closer look at DNA methylation — the process cells utilize to switch off genes. In 2009, he analyzed a dataset of methylation levels at 27,000 locals in the human genome and identified 353 special locations on the genome that exist in every tissue and organ.

Using an algorithm, Horvath created an epigenetic clock using the methylation levels, some which decline with age and others that increase.

In 2013, Horvath released the results of his analysis of 8,000 samples. He calculated biological age based on the methylation levels and found it often matched the chronological age of the person.

He learned that for middle-aged people and older, the epigenetic clock starts slowing down or speeding up—providing a way of determining whether someone is aging quicker or slower than their chronological age. The data reveals different tissues can age at different rates and disease can increase the rate of the clock.

Still, scientists haven’t figured out how the methylation markers work.

“It’d be very exciting to develop a therapy that allows us to reset the epigenetic clock,” says Horvath.

Richard Davidson, a researcher at the University of Wisconsin at Madison, found mindfulness meditation can affect the expression of genes.

Often people don’t feel their age — whether younger or older — but scientists want to find out if the way we feel about our age affects our aging.

Antonio Terracciano, a psychologist and gerontologist at Florida State University College of Medicine, discovered that subjective age corresponds with physiological markers of aging such as walking speed, lung capacity and grip strength. It also impacts cognition and provides signals for the chance of developing dementia.

Terracciano’s next goal is to explore a link between subjective age and quantitative biological markers of age.

“If people think that because they are getting older they cannot do things, or cut their social ties, or incorporate this negative view which limits their life, that can be really detrimental,” says Terracciano. “Fighting those negative attitudes, challenging yourself, keeping an open mind, being engaged socially, can absolutely have a positive impact.”