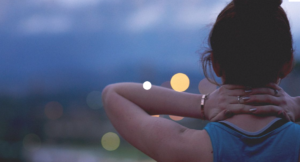 They have invested $23 million in preclinical development. Trials are set to start in 2021.

That’s great news for nearly the 15 million people who suffer from the disease which has only a 58 percent rate of living three years.

READ: NEARLY HALF OF AMERICANS HAVE SOME FORM OF HEART DISEASE

De-oxygenated blood flows to the right chambers of the heart then into the lungs through the pulmonary arteries to be oxygenated. The blockage creates hypertension, heart failure and irregular heart rhythms.

The exact cause of the disease — which occurs in all age groups, but is on the rise in older people — has yet to be determined.

To date, there is no cure or treatment, but vasodilators which widen the vessels provide some temporary relief. Once the disease worsens, the only option is a lung transplant or dying from heart failure.

Two decades ago, according to a recent Buck Institute blog post, scientists discovered gene mutations known as bone morphogenetic protein receptor 2 (BMPR2) as the hereditary type of the disease.

A separate study revealed 80 percent of hereditary PAH and 20 percent of non-born PAH carry mutations in the BMPR2 gene.

READ: THE MISSION TO EXPAND HEALTHSPAN, NOT LIFESPAN

Scientists believe, although they haven’t proven, that mutations in this gene type cause a high number of endothelial cells in the pulmonary arteries which cause the blockage.

The hope is that by increasing BMPR2’s the protein function in the endothelial cells that they can reduce the symptoms or even cure the disease. One way to do that was proposed in 2015 by using a ligand called BMP9.

After testing it on three different PAH mouse and rat models, the results showed the usage of BMP9 reverses the PAH and could be a potential treatment in humans.

In 2018, Morphogen IX engineered a variant of BMP9 called MGX292, raising millions to fund trials for 2021.

Would you take part in a clinical trial? Let us know on Facebook!