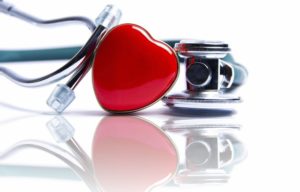 About 48% of adults in the U.S. have some type of heart or blood vessel disease, according to a new annual report from the American Heart Association published in the journal Circulation. The finding, based on data collected from 2016, means that almost half of Americans have had a heart attack, stroke, angina, abnormal heart rhythms, or narrowing of the arteries.

Dr. Mariell Jessup, chief science and medical officer at the American Heart Association, said much of the increase in the prevalence of heart disease may be attributed to the stricter guidelines defining high blood pressure, which the group enforced in 2017 along with the American College of Cardiology. Hypertension is now defined as readings of 130/80mm Hg or higher, when previously it had been set at 140/90mm Hg. The researchers applied the new guidelines to the 2016 data and modeled prevalence rates.

READ: THERE’S A BIG DIFFERENCE BETWEEN GOOD AND BAD FAT — HERE’S HOW TO PICK THE BEST HEART-HEALTHY FATS

Those models, says Jessup, have revealed that many more Americans are at risk of heart disease, since hypertension is an important risk factor for heart attack and stroke. “My view is that from an insurance standpoint, you may as well say that people with hypertension have heart attacks, because hypertension can lead to heart attacks, stroke and heart failure,” she says.

Jessup says it’s discouraging that heart disease remains the leading killer of Americans, despite decades of data and public health messages about risk factors like obesity, high blood pressure, smoking and lack of exercise. About 80% of heart disease, studies show, can be prevented by controlling blood pressure, diabetes, high cholesterol and stopping smoking. The report found that while some progress has been made at reducing some of these risk factors, such as smoking, others like type-2 diabetes have started to increase, offsetting any gains on a population level. “Why aren’t we alarmed that the No. 1 cause of death in this country continues to be heart disease at all ages?” she says. “The problem is that health is not the default in this country.” For many Americans, fresh fruits and vegetables are either not available or too expensive to eat on a regular basis, and high-sodium fatty foods are easier and cheaper to buy. “We need scalable ideas,” says Jessup, about addressing the barriers to heart-healthy habits.

Read the entire article by Alice Park at Time.com.

What are you doing to improve your heart health? Let us know on Facebook!