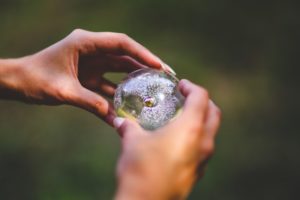 It’s not sci-fi dreams of aliens and space in space anymore. Artificial intelligence (AI) now powers are daily lives, including drug and healthcare discoveries for longevity.

China is leading the way. A few years ago, the country announced a national plan to become the global leader in AI research by 2030 according to a recent article in Singularity Hub. Healthcare is one of its four key research concentrations.

Tencent, China’s biggest tech company, announced a $154 million collaboration with AI unicorn iCarbon X. They hope to create a digital representation of your biological self.

Tencent is also entering the drug discovery field by working with two multi-million US-based AI developers and partnering with the U.K.’s Babylon Health.

More and more scientists across the globe are working to find new ways AI can amplify longevity and drug discovery research.

One research question: Could an AI system-designed neural network forecast the creation of novel molecules as medicines for curing disease?

If possible, the molecules would always work perfectly. It would speed up the often decade-long process and shave down the up to $12 billion cost of bringing a new drug to market.

The reality would dawn a new age in the $1.3 trillion global pharmaceutical industry. It’s what startup US-based Insilico Medicine is trying to do. They want to extend longevity through aging research and drug discovery.

Insilico’s drug discovery engine taps into millions of samples and data to find signatures of disease, discover hopeful protein targets and create molecules for them. They are focusing on drug discovery for cancer, diabetes, Alzheimer’s and aging.

Another way AI can assist healthcare is by analyzing massive quantities of data to find information patterns that could save lives.

Each year, 400,000 patients die prematurely in the US from heart attack or respiratory failure.

WAVE is an algorithm that processes enough data to provide a six-hour early warning of patient deterioration. The FDA recently approved WAVE as an AI-based symptom surveillance system.

AI can also help deep dive into the tons of medical data published in 2.5 million papers each year. Johnson & Johnson is training its IBM Watson computer to read and understand the papers featuring clinical trials.

Does the role of AI in healthcare excite or scare you? Let us know on Facebook!