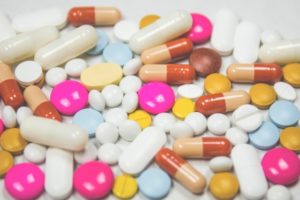 A tortoise and a puffer fish inspire technology to overcome the multibillion-dollar nonadherence problem.

Lack of compliance often leads to worsening chronic conditions and excess hospitalization. Studies consistently show one third to one half (pdf) of all U.S. patients do not take their medicines as directed, and this ends up costing the health care system between $100 billion and $300 billion annually.

People fail to follow drug regimens for reasons as complex as the health care system itself. Drugs can remind people they are “sick” or generate new, unpleasant side effects. They can be costly or conflict with cultural beliefs about ingesting substances into the body. Following the instructions on the plastic bottle requires patience and training. Some protocols are painful to administer if it involves the type of injections needed to treat diabetes, infertility, osteoporosis and autoimmune diseases.

A new set of technologies may offer a way to reduce nonadherence by delivering medication a patient can swallow and forget about. In a study published Thursday in Science, researchers described a capsule capable of autonomously injecting drugs into the top layers of stomach tissue. The swallowable, self-orienting, millimeter-scale applicator—or SOMA—safely delivered insulin to pigs in early experiments. “Many patients delay therapy because it requires an injection,” says Giovanni Traverso, a gastroenterologist at Brigham and Women’s Hospital and senior author on the study. In the case of diabetes, which affects nearly 10 percent of Americans, the use of insulin injections is often delayed by seven to eight years, he says. “Delivering these medicines orally can have a tremendous impact.”

READ: WHEN IT COMES TO PLACEBOS, TRUTH IS AS GOOD AS FICTION

The inspiration for the SOMA pill came from two pieces of common scientific wisdom. The first is the practice of treating stomach ulcers with adrenaline injections. “We have experience injecting in the stomach area,” he says, “and we also have a lot experience with the safety of those injections.” That experience suggested drugs delivered into the stomach lining would make it to the rest of the body.

But the team needed to ensure that a self-injecting pill would reach the right location and orientation in the gastric cavity before it released its payload. The solution for this design problem came from nature. Leopard tortoises, despite being one of the largest species of that animal in the world, always can flip themselves upright because of the pointed tops of their shells. Traverso and his colleagues decided to mimic this structure with their SOMA design, so the capsules would consistently orient themselves and reliably inject insulin into the stomach wall.

Amrita Banerjee, an assistant professor of pharmacology at North Dakota State University who was not involved with the study is looking forward to implementation of the new technology. She’s been wrestling with nonadherence among diabetics for years. But patches, skin-penetrating laser pulses, pressurized jets and other alternatives for needle-phobes have not gained in popularity, she says. Oral drugs are the pharmacological holy grail. They are the least invasive formulation, require no special equipment or training to deliver, remain stable for longer and are often cheaper to manufacture. “However, oral delivery of large molecules like insulin is a nightmare,” she says.

Large molecules make up a class of drugs called biologics. These include vaccines, antibodies, gene therapies and protein- or peptide-based drugs. Their size typically means enzymes in the digestive system break them down before they can be absorbed into the blood. But SOMA pills open up possibilities for biologics to be directly injected into the stomach lining. “It’s a very promising technology,” Banerjee says.

Another team at Massachusetts Institute of Technology, which has collaborated with Traverso, has taken a somewhat different approach to addressing the issue of nonadherence. In a study published January 30 in Nature Communications the researchers described a pill that quickly inflates to the size of a ping-pong ball in the stomach, lasting up to a month and slowly releasing drugs for the duration. Like the self-orienting SOMA capsule, the inflatable pill was also inspired by evolutionary quirks. Scientists saw that puffer fish quickly inflated like a balloon when threatened, so they crafted a pill from two different hydrogels: one that would form an outer casing, and another that would soak up liquid and expand to 100 times its original size within 15 minutes of being ingested.

One impetus driving the adoption of new drug-delivery technologies relates to the increasing approval of biologics—large molecules that must be injected to treat psoriasis, rheumatoid arthritis, multiple sclerosis and a variety of cancers. An alternative to routine shots is badly needed, Prausnitz says: “We absolutely need to make it easier for people to take their meds.”

Read the entire article by Knvul Sheikh at ScientificAmerican.com.

Are you good at remembering to take your medicine? Let us know on Facebook!