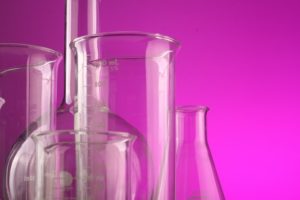 A 500-year experiment relies on unborn scientists and vials of bacteria to learn about longevity.

It’s the stuff of scientific exploration and cinematic science fiction that started with the not-so-simple question, “What are the limitations of life?,” posed by scientists at the University of Edinburg.

To find out, bacteria was stored in glass vials soldered with flames for an air-tight seal. Like a time capsule, they’re kept in a cardboard box inside a large oak box at the university. A duplicate set is stored at the Natural History Museum in London as back up.

READ: NAKED MOLE RATS BEAR IT ALL IN LONGEVITY STUDY

The study started five years ago with 800 vials of bacteria. Half of them are shielded by lead to protect from radiation or cosmic rays which can cause DNA damage.

The basis of the experiment is to test the old bacteria for viability (reproduction) and DNA damage. A set of vials are removed from the box every two years for the first 24 years. After that, they are tested every 25 years for the next 475 years.

The experiment has already issued its first results at the end of last year…just 496 more years to go!

Microbial survival is tested with two kinds of bacteria, Bacillus subtilis and Chroococcidiopsis. Both were chosen for their ability to survive in extreme environments.

Bacterial spores are key to research in the medical field, food industry and extraterrestrial environments — some believe it may also be the answer to life on Mars. Bacillus subtilis, often used by biotech companies, is known as one of the best to study chromosome replication and cell differentiation.

Chroococcidiopsis, one of the most primitive cyanobacteria, is found in high salt habits, hot springs, deserts and Antartica.

The biggest unknown is whether future scientists will remember to keep the simple experiment going. All the scientist has to do is open a vial, add water, and count the colonies that grow.

Charles Cockell conceived the forward-thinking project after he forgot a dried petri dish of bacteria for 10 years and found it still fertile. He is working with other German and US scientists.

This isn’t the first time scientists have studied life over decades. They have revived bacteria from an 118-year-old can of meat.

Ralf Moller, German microbiologist from the German Aerospace Center, part of the project, says, “Life on our planet is not limited by human standards.”

Plant biology has been the fertile ground for long term experiments. In the UK, a study examining how fertilizers affect crops grown on the same fields began in 1843.

Since 1896 Illinois scientists have kept a corn-breeding study on-going. At Michigan State University, a botanist buried 20 glass bottles of 50 seeds to be dug up in regular intervals for viability in 1879. The last bottle will be dug up in 2020.

Do you think the bacteria will survive until 2514? Let us know on Facebook!

METFORMIN: SHOULD YOU, OR SHOULDN’T YOU?