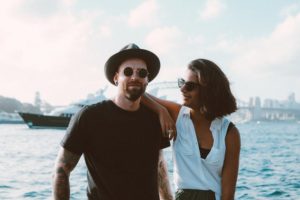 Ladies have a leg up on longevity—perhaps powered by more vigorous brains.

Women typically outlive men. In the US, it’s by about five years, but in Vietnam and Latvia, it’s as much as a decade.

The team used PET scans to determine how much energy is consumed by the brain and where the demand is the greatest. The study was recently published in the Proceedings of the National Academy of Science.

“Glucose is like coal. It burns up in the brain and produces energy,” Dr. Raichle said. “But when you burn up things in the brain, you produce byproducts that the brain doesn’t want hanging around.”

But glucose also cleans up the byproducts it makes. So, you can assess how youthful or vigorous a brain is by examining how much glucose is used in this daily process.

PET scans were performed on 205 healthy adults ranging in ages between 20 and 82 years old. The scans tracked blood flow to neural regions and two forms of glucose—one that burns oxygen and the other that doesn’t.

READ: THE PROBLEM WITH THE WAY WE LOOK AT AGING

In an earlier study, they learned glucose that doesn’t use oxygen decreases when we age. After puberty, blood flow in the brain drops less in women that men.

Women’s brains looked younger and the scientists wanted to find out more. So they compared male and female metabolic patterns in the brain. Overall, they confirmed women’s brains tend to be three years younger than men.

The study also showed the female advantage appears to continue through old age, even in early signs of Alzheimer’s disease.