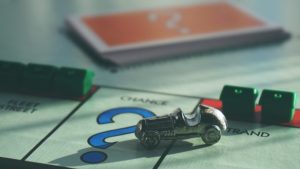 Work never felt so good. Well, that is, to some baby boomers.

Since Americans are living longer and healthier, retirement isn’t as appealing or possible. Some just don’t want to quit, others are going part time and even some who already retired, are returning to work according to the Express Employment Professional  conducted by Harris poll. The poll canvassed 1,500 workers between 54 to 72 years old.

The reason: it’s how they feel when working. They have a purpose in life. They feel knowledgeable, confident and valued the poll stated.

READ: THE STUDY, WORK, RETIRE MODEL IS BROKEN AS WE LIVE UNTIL 100

That’s despite the fact that most employed boomers claim they have prepared to retire.

Half of those polled thought 66 years old is a good retirement target age but a third had an older age in mind.

Still, other boomers fear never being able to retire. They worry they don’t have enough money for living expenses. Some have the unexpected expenses of helping their adult children or elderly parents.

Medical expenses are a key factor because they keep rising as you get older. A 65-year-old couple retired in 2018 can expect $280,000 in health care costs not including long term care.

A 2018 Northwest Mutual study showed some seniors have as little as $5,000 saved and one in five have nothing for retirement.

So, it’s not surprising that 46 percent of seniors don’t expect to live comfortably in retirement, according to a 2018 Gallup poll. That’s up from 32 percent in 2002.

For many boomers, delaying retirement is a good financial move. According to a study by Stanford University, George Mason University, Cornerstone Research and Financial Engines, a six-month retirement postponement can mean an extra 1 percent over 30 years. How many Mai Tai’s will that buy?

What’s your target age for retirement? Let us know on Facebook!