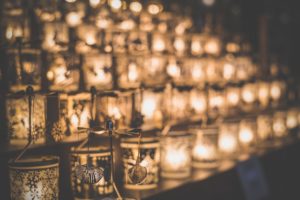 Centers for Disease Control and Prevention [CDC] released new data that life expectancy is down and suicide is a major contributing factor.

In fact, despite what you might see on TV, Americans are more than twice as likely to kill themselves than be murdered by someone else.

A cultural change is needed, experts say. Social isolation is a factor. People need more connectivity and to know it’s okay to seek help. Access to mental health services and literacy is also a factor.

Life and personal trauma can be a risk factors that trigger suicide including major economic issues like poverty or job loss, personal challenges, pain or natural disasters.

Suicide isn’t viewed the same way as other health problems. Despite the numbers of people dying, no national public outcry for funding has occurred.  Funding for suicide research doesn’t receive comparable money to other health conditions that have lower mortality rates.

According to the CDC report, deaths from heart disease and cancer, the country’s two leading causes of death, have continued their steady decline, but that drop was outpaced by the increase in suicides and accidental injuries, including drug overdose.

For decades, suicide has carried a significant cultural stigma and taps into primal fears about loss, death, pain and mental illness.

The issue touches all sectors of society. Native Americans, military and veterans, Alaskans, LGBTQ, middle-age men and youth are all at-risk populations.

Experts say make a personal plan if you have your own suicide crisis including writing down warning signs and reasons for living. It’s important to keep it updated. It doesn’t cost anything but can save a life.

For more information, listen to the On Point at WBUR or check out the Surviving Suicide Series USA Today.