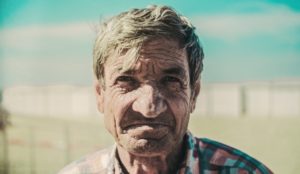 Katharine Abraham, an economics professor at the University of Maryland, was chatting with her hairdresser one night about retirement plans. The economist said she plans to continue working because she wants to and has no plans for retiring. The hairdresser agreed but for different reasons: She needs the money.

Both scenarios are contributing to a big increase in the number of people in the US working into their 70s. Over the past 20 years, the share of Americans working in their 70s has risen from less than 10% to nearly 15%, according to US Census bureau data.

In addition to people being healthier and living much longer, economists say that a combination of financial considerations such as years of stagnant real wages and a shift away from traditional pensions in the private sector are some of the reasons people are working longer. The decline of manufacturing and the increase in the number of people working in less labor-intensive occupations also has contributed to the trend says Abraham, who researches work and retirement decisions of older Americans.

“Which matters more [the choice to keep working or the necessity to do so] depends on what your history up until that point has been in the type of work you’re doing,” Abraham says.

READ: WILL YOU RUN OUT OF MONEY IN RETIREMENT?

The overall trend is hitting Americans of all different levels of educational attainment, although the percentages vary by category. The share of Americans with bachelor’s degrees who were working into their 70s reached nearly 20% in 2018, according to Census data. For those with a high school degree or less, the proportion of those working in their 70s had risen to around 10%, while those with some college education were in the middle at around 15%.

Martin Neil Baily, an economist at the Brookings Institution who is leading a research project on retirement security, notes that quitting a career can lead to feelings of isolation and loneliness, particularly for men. He suggests that many college-educated workers are choosing to stay in the labor force more for the social benefits than for financial reasons. They’re also more likely to be in professional occupations where they tend to enjoy their work more.

The good news for employers with an aging workforce? According to research from the Milken Institute’s Center for the Future of Aging and the Stanford Center on Longevity, older employees take fewer sick days, show stronger problem-solving skills, and are more likely to be highly satisfied at work than their younger colleagues.

This article first appeared in Quartz

Are you planning on working into your 70s?  Let us know on Facebook!