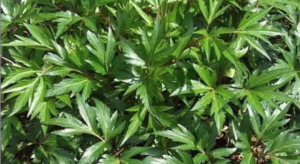 The compound is found inside the angelica keiskei koidzumi plant, known in Japan as ashitaba. Grown largely in the center of the country and consumed in fresh or dried forms, it has traditionally been used as a remedy thought to treat heartburn, stomach ulcers, high blood pressure and cholesterol, hay fever, gout and constipation.

Researchers identified the flavonoid 4,4′-dimethoxychalcone (DMC), which they described as a “natural compound with anti-aging properties,” in the plant.

In a study published in the journal Nature Communications, researchers said slowing the degeneration process could be an important approach to tackling related diseases, as it is a risk factor for conditions including heart disease.

In tests on human cells, the scientists found DMC appeared to slow senescence, the process where cells stop dividing and start growing permanently, which has been linked to cancer.

Tests in animals also showed promising results. When scientists fed worms and fruit flies the compound, it appeared to boost their lifespan by 20 percent. It also protected the hearts of mice when blood flow was blocked.

The team believes DMC could work by triggering autophagy, a recycling process in the cells where damaged cells are removed.

Read the entire article from Newsweek.