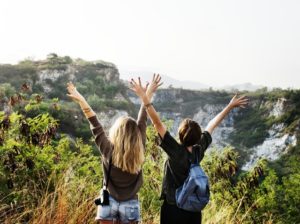 Women live longer than men, but what gives females the advantage?

To find out, researchers studied times of extreme mortality — including famines, epidemics and slavery — looking at survival differences by examining social, environmental and biological factors. The study found women are “life-expectancy champions”.

On average, women outlived men. Even when death rate was high, women lived longer and the advantage is smaller than you think; baby girls were able to survive harsh conditions better than baby boys.

It is striking that during epidemics and famines…newborn girls still survived better than newborn boys.

“It is striking that during epidemics and famines as harsh as those analyzed here, newborn girls still survived better than newborn boys,” the study published in PNAS says, “That females survived more than males even at the infant ages, when behavioral differences are minimal, lends support to a biological underpinning of the female survival advantage.”

In contemporary times, male behavior could be a factor. They tend to smoke cigarettes, drink more alcohol, drive less safely and eat less healthy than women. Still, in populations including devout Mormons, monks and Catholic nuns where they don’t smoke, women still have the advantage.

Sex hormones may also play a role. Testosterone may affect social behavior that increases exposure to infection and increases mortality risk for some diseases, the study suggests. Women tend to handle infection better than men even in severe conditions in part because estrogen has anti-inflammatory effects and boosts immunity. Seems like a case where two Xs are better than one.

Learn more details about the study published in PNAS here.

Let us know what you think of this study by commenting on Facebook!