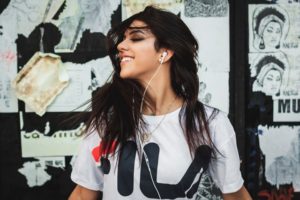 A half dozen students, most of them Latinas in their late 40s to their late 80s, gather in a Los Angeles park gym to warm up, stretch, swing their arms, march in place, kickbox, throw punches and side shuffle while intermittently stopping to take their heart rates.

Those who can remain standing during their hour-long interval training. Those who can’t sit during some exercises.

But experts point out that a longer life can bring health and financial challenges, and Latinas tend to be poorer and rely heavily on Social Security for their retirement income.

Moreover, Latinas, like Hispanics as a whole, have much higher rates of diseases such as diabetes and Alzheimer’s.

“Latinas and the Latino community are facing a perfect storm in terms of social and demographic trends,” said Fernando Torres-Gil, a professor and director of the Luskin Center for Policy Research on Aging at the University of California, Los Angeles.

Latinos, for example, are the nation’s largest minority group at 18 percent. The population of Latinos ages 65 or older is expected to surge by 224 percent, compared to a 65 percent increase for non-Latino whites, according to the Administration on Aging.

While Latinas have the gift of longevity, Hispanic males do not, living to an average age of 79.2 years, according to the Centers for Disease Control and Prevention. Other communities fare even worse. Non-Hispanic white males live on average to 76.5 years, white women to 81.1 years, Non-Hispanic black males to 72 years, and Non-Hispanic black women to 78.1 years.

“Will the United States be prepared by 2050, when its older population doubles and we become a majority-minority society?” asked Jacqueline Angel, a professor of public affairs and sociology at the University of Texas at Austin, and co-author of The Politics of a Majority-Minority Nation: Aging, Diversity, and Immigration.

First- and second-generation Latinos tend to have better health outcomes than U.S. non-Hispanic white counterparts despite their lower socio-economics in what has become known as the Hispanic Paradox. Among its explanations are that Latino immigrants tend to be healthier, do not smoke, drink less, are active and have strong familial and social ties, Angel said.

“On the other hand, the Hispanic paradox decreases with subsequent generations and we see lower life expectancies and higher rates of Alzheimer’s and cardiovascular disease and diabetes,” Angel said.

The Edward R. Roybal Institute on Aging at the University of Southern California predicts the number of Latinos living with Alzheimer’s could reach 3.5 million by 2060. Latinos also are almost twice as likely as non-Hispanic whites to be diagnosed with diabetes, and are 40 percent more likely to die from diabetes as non-Hispanic whites.

Two other factors also affect the long-term prospects for aging Latinas: ethnicity and age at immigration. For example, Angel said some sub-groups like Cuban Americans tend to be wealthier, which gives them more health care options. Immigrants who enter the U.S. at middle age may feel socially and emotionally isolated as they age and have trouble navigating everything from transportation to the health care system.

“Living a long life can be a double-edged sword — great if you’re healthy, but less of a blessing if you are ailing and feeling isolated the last 20 years of your life,” Angel said.

Changes in family structure also are affecting the care of older Latinas. For example, Latinas have been the traditional caregivers for parents, husbands and children, but that is changing as professional and economic opportunities grow and women accept jobs that move them away from their families, Torres-Gil said.

The financial challenges facing Latinas are striking. Twenty-five percent of Latinas over the age of 65 live in poverty, and without Social Security, the number would jump to 60 percent, according to the League of United American Citizens (LULAC). Social Security is the sole source of income for 40 percent of unmarried Latinas, and 81 percent of unmarried Latinas depend on it for most of their retirement income, LULAC reported.

The first step is to protect Social Security and programs such as Medicare, Torres-Gil said. “That is the primary social safety net for Latinas,” Torres-Gil said, especially for those whose earnings were law and were not able to save sufficiently, as well as those with health issues as they grow older.

Experts say this leads to a crucial step — financial literacy. “We need to educate Latinas that they have to first take care of themselves and plan for their financial security in their old age,” Torres-Gil said.

Elaine King, a Peruvian-born, Miami-based certified financial planner who founded the Family Money Matters institute, recommends that Latinas start a retirement account in their 20s and contribute even a small amount. The key is to do it regularly and make it a habit.

In their 30s, Latinas should start a side business, King recommends. If there is no clear business plan, selling on eBay or Etsy for the tax advantages of the business deduction and to add income is something to consider. In their 40s, Latinas should prioritize big goals, such as real estate that can generate passive income, adding to children’s education funds or most importantly, saving for retirement.

“There are [student] loans for kids, not loans for retirement,” said King, stressing the importance of saving for the older years.

In their 50s, Latinas should resist the urge to give kids a car or a down payment for a house if the retirement plan is not fully funded, and make sure full contributions are being made in later years. Latinas should start thinking about long-term care insurance, since medical costs can quickly drain savings. In their 60s, women should begin estate planning including preparing their health care directives, a family trust or a will.

“Women tend to care about others before themselves,” King said. “The challenge is to put yourself at least at the same level of priority than your loved ones. Take care of yourself in order to take of others.”

While public policy and finances may seem intimidating, the final step —working towards “healthy aging” —is a goal that is within a person’s reach. It requires a commitment to regular exercise, moderate drinking, no smoking, a healthy diet and a support system.

Susana Moncada, 60, of the Los Angeles suburb of Huntington Park, discussed her battle with diabetes after the exercise class. She made changes to her diet and learned how to manage her stress better, which helped her blood sugar drop and eased her chronic headaches.

“I wanted to be superwoman,” she said. “Now I want to put myself first for kids, my grandkids, and my community. My life has changed. It has slowed down. I didn’t used to sleep, thinking about what I had to do the next day. I learned to relax.”

This article by Laura Castañeda first appeared on NBCNews.com.

What steps have you taken to secure your health & financial future? Let us know on Facebook.com!