Not all that long ago, the field of aging and longevity research was considered by many to be a backwater populated by crackpot theories. But fast forward to today and it has evolved into a province of many of the world’s most serious scientists. In just a half-decade, medicines aimed at treating aging and diseases of aging in actual humans could be in the hands of clinicians. Last year, we saw the launch of some of the first clinical trials in humans studying such therapies, and many more are in the developmental phase.

What’s more, money for the research is pouring in. Last year saw record-high financing in the anti-aging industry, according to CBInsights, including a $438 million round of financing in August from Samumed, a regenerative medicine company, and a $210 million series in February from Celularity, which aims to develop stem cell therapies for aging-related conditions. In May of 2018, Unity Biotechnology rolled out a splashy $712 million IPO, and just a month later it launched the first human clinical trials to test drugs called senolytics, a new class of drugs that target the aging process.

“I think you could certainly say that 2018 was the year in which the industry became un-ignorable,” said English anti-aging pioneer Aubrey De Grey, Ph.D., who is the chief science officer of the SENS Research Foundation and VP of New Technology Discovery at AgeX Therapeutics. “We’ve had a complete explosion of private sector interest in stuff that’s actually plausible,” he said. 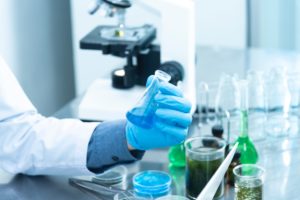 Equally important, 2018 was a very good year for basic aging research, says Gregory Cole, Ph.D., Professor of Medicine and Neurology at UCLA where he is also the Associate Director of the UCLA Alzheimer’s Center. “There are reasons to be optimistic,” he said, with scientists making great progress tightening up molecular theories about individual aspects of aging, such as telomere shortening, mitochondria dysfunction, cell biology of senescence and the epigenetic clock — a test designed to determine biological age based on DNA methylation. The biggest challenge for the field is the complexity of the aging process. “There are all these different things that happen with aging and you end up with this sort of hodge-podge of endpoints that you can look at and people who are enthusiasts for different endpoints,” says Cole.

And yet, some individual approaches have astonishing reach, says Judith Campisi, Ph.D., a professor of biogerontology at the Buck Institute for Research on Aging, a member of the SENS Research Foundation Advisory Board and the scientific founder of Unity Biotechnology. Although she has been studying cellular senescence for most of her career, Campisi says she is still surprised at the massive and growing number of anti-aging benefits conferred by clearing away senescent cells. Senescence is now understood to be the major source of the chronic inflammation that drives so many age-related diseases.

This article first appeared in ENDPOINTS.

What have you done to save for retirement? Let us know on Facebook!