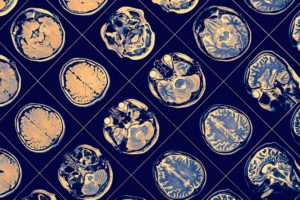 In plain sight: These star-shaped cells are the most numerous in the brain and central nervous system. Often overlooked in neuroscience studies, astrocytes are now illuminating a new treatment for Parkinson’s disease.

The new attitude on astrocyte research is the result of a study at the Buck Institute by Shankar China PhD and Georgia Woods, PhD.

The study showed the clearing of senescent astrocytes prevent Parkinson’s neuropathology and its symptoms. The results occurred during a study of six-month-old mice (which are comparable to 34-year-old humans). The study focused on the disease’s non-genetic form found in 95 percent of human cases.

The researchers hope to study the impact of the astrocytic senescence in mice at varying ages to determine if Parkinson’s can be prevented and reversed.

This research is vital and the stakes are high as seven to 10 million people, including one million Americans, suffer from Parkinson’s disease. The disease brings on tremors, problems with walking and balance, cognitive decline, and depression.

“While senescence has been implicated in Parkinson’s and other neurodegenerative disease, we believe this is the first time that clearing the inflammatory cells prevented symptoms from developing in a live mammal,” said Julie K. Andersen, PhD, Buck professor and senior author on the paper. “We hope that the fact that we were able to do this in a sporadic, rather than genetic, model of Parkinson’s, highlights its relevance as a potential new way to tackle the most prevalent form of the disease.”

For more information from the Buck Institute, click here.