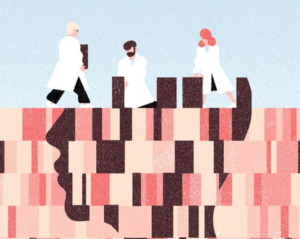 In a stunning keynote address at the 2018 International ADHD conference, esteemed expert Dr. Russell Barkley reframed ADHD as an under-acknowledged disorder of public health. While shocking to imagine ADHD impacts quality of life on such a fundamental level, seeing it in this way would have far-reaching benefits.

ADHD is a proven medical disorder, in spite of common perception otherwise. In fact, it is not truly an attention disorder at all, but one of self-regulation. The part of the brain impacted by ADHD relates to a skill set called executive function, responsible for anything that requires persistence, management, and coordination.

Dr. Barkley breaks these skills into short-term inhibitory behaviors (causing symptoms such as distractedness and impulsive thinking), and long-term goal-oriented behavior (affecting skills such as persistence and planning). When seen through this lens, it is no surprise that ADHD undermines healthy living. In a significant finding from his long-term ADHD follow up study, Dr. Barkley has shown that under-treated ADHD impacts longevity itself.

A Link to Health

Dr. Barkley used results from his longitudinal study of ADHD children followed to adulthood. At the 20-year follow-up evaluation, data from Dr. Barkley’s study (in press with the Journal of Attention) was recently evaluated using life insurance actuarial charts, which estimate expected remaining lifespan based on health and lifestyle measures. It found that children diagnosed with ADHD in childhood had a reduction on average of nearly 10 years in their healthy remaining life expectancy and over 8 years reduction in total remaining life. He also found that if ADHD had persisted to young adulthood, the reduction in healthy life was nearly 13 years and was over 11 years in total life expectancy.

These findings are consistent with earlier studies in the US and Scandinavia that demonstrated that the risk of dying in childhood if a child had ADHD was nearly twice as likely than those without ADHD, while adults with ADHD were up to nearly five times as likely to die over a 10 year period, primarily due to accidental injuries and to a lesser extent, suicide. What Barkley’s study adds to this information is that adverse health and lifestyle factors associated with ADHD may take an additional toll on lifespan estimates beyond these risks of accidental injuries. This unsettling and upsetting data alone shows why ADHD should be more widely addressed.

To recognize how ADHD affects longevity involves a more complete understanding of ADHD’s impact on goal-related behaviors. Cumulatively, these cognitive skills are required to stick to any health-related plan. Underdeveloped abilities related to ADHD undermine not only school and work but activities like driving, eating, and sleep. Studies suggest that under-treated ADHD increases the risk of obesity, diabetes, driving accidents, smoking, drinking, drug use, and more.

Separate from ADHD, each of these health risks decrease an individual’s life expectancy by several years. In addition, these same cognitive abilities enable us to better stick to changes like a new diet or exercise plan, a smoking cessation program, or instructions on how to manage medical conditions such as diabetes. As ADHD increases the likelihood of almost every other element that predicts shorter lifespans, Dr. Barkley shows ADHD alone to be a more significant danger than anything else on the list.

ADHD is a reason even the most dedicated adult might struggle to follow through on medical care. Many adults with obesity, for example, have undiagnosed ADHD. As it stands right now, ADHD is not often considered in adults, much less routinely screened for by health care providers.

An Appeal for Recognition

A more consistent focus on ADHD and overall health would change the lives of millions, as it has been shown to affect around 5% of children around the world, most of whom grow into adults with ADHD. For pediatricians and families of young children, issues such as difficulty with sleep, poor nutrition, and lack of exercise exacerbate ADHD symptoms and then have a lasting health impact when ADHD is under-addressed. After handling any more overt difficulties around ADHD, a focus on healthy lifestyle will change a child’s future. Later on, adult physicians require an understanding of ADHD’s impact on general health and well-being to comprehensively support anyone under their care.

Pushing such stark information about ADHD into the public’s consciousness is a major step forward in health care. Any belief that ADHD isn’t real, or that people can simply rally themselves past it, undermines the mental and physical well-being of millions. ADHD is a chronic medical disorder affecting self-regulation, but with comprehensive long-term care, people living with it do well.