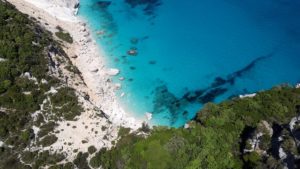 After discovering that there are longevity hot spots where people tend to live especially long, writer Dan Buettner spent over a decade locating and documenting these areas, dubbed “blue zones.” “I increasingly was interested in mysteries that dealt with the human condition,” says Buettner, a National Geographic fellow.

Through that research, he found several factors that might prolong health and life for people in blue zones. “Longevity is a consequence of constant, longterm little things,” Buettner says. “There’s no silver bullet.” Buettner shared the findings in his books The Blue Zones (2009) and Thrive (2010); here are some of the high points:

Residents of this Greek island are three times as likely to reach age 90 than people in the U.S. Living to nonagenarian status may be more likely when you get some bonus shut-eye.

Among Ikarian elders who regularly nap in the middle of the day (90 percent of them, according to a 2011 study in Cardiology Research and Practice), none of them exhibited symptoms of depression, while many of the non-nappers did. A broader study examining the sleeping behaviors of all Greeks found that those who cat-napped for at least 30 minutes had a 37 percent lower risk of dying from heart disease than those who didn’t.

Being under Sandman’s spell isn’t the only thing helping them live longer: They also regularly enjoy herbal tea. Traditional Greek teas include wild mint, which fights gingivitis and gastrointestinal disorders; rosemary for gout; and artemisia for blood circulation. Many local teas also contain mild diuretics that can treat hypertension. This may explain why Ikaria has half the rate of cardiovascular disease compared to the rest of the region.

Living to an average of 83 years old, Japan is the nation with the highest life expectancy in the world, reports the World Health Organization. Okinawans are especially long-lived, and are three times as likely to reach 100 as Americans. Buettner attributes that feat to close ties with social networks. “Having a grounding sense of purpose is something we see in all five Blue Zones,” he says.

Okinawans remain faithful to traditional Japanese culture, including an emphasis on maintaining lifelong friendships called moais, which provide emotional and social support. The moais are cultivated throughout adolescence, and the members become confidants for the rest of their lives.

READ: A JAPANESE SECRET TO A HAPPY LIFE

Just the presence of moais can be a benefit, as it increases social interaction and support. Take, for example, a study in Social Science & Medicine that examined the mental health of older adults in Japan. Those who weren’t married reported a higher positive well-being and less distress in their lives when they had social support. Simply put, the closer your friendships, the happier you’ll be.

Sixty miles east of Los Angeles lies Loma Linda, where the proportion of people aged 85 or over is more than double that of the rest of California. Roughly four in 10 Loma Lindans are Seventh-day Adventists, whose adherents live longer than any other religious group in America, according to BlueZones.com. The Adventist faith endorses healthy living by discouraging smoking and alcohol consumption and encouraging exercise.

A study, funded in part by the National Institutes of Health’s National Cancer Institute, examined the eating habits of 73,000 Adventist from across the U.S. and Canada. The vegetarians in the group were 12 percent less likely to die of cardiovascular disease, diabetes, and renal disorders combined compared to the non-vegetarians.

In Nicoya a man at age 60 has twice the chance of reaching 90 as a man living in France, Japan, or the U.S. It may have something to do with their diet. Nicoyans typically eat their biggest meal in the morning and their smallest at night, which Buettner says helps them avoid overeating. “The Blue Zones eat a lot of food, but the key is their foods are calorically less dense,” Buettner adds. “It’s not that Americans are stuffing their face all the time, it’s that we’re eating a little too much every day—about 200 calories more than we should.”

In addition to a large number of centenarians, Sardinia is also home to a remarkably high population of sheep considering its size. The Mediterranean island’s shepherd and farming community is loaded with centenarian men who, in their younger years, regularly walked up to five miles a day across rugged terrain to tend to their shepherding duties, according to Buettner’s site, BlueZones.com. Daily trips to the grocery store are also carried out on foot, and climbing the stairs in each multi-story home provides more exercise.

Read the entire article by Kaitlyn Wells at Nautil.us.

Where would you want to live? Let us know on Facebook!